I was delighted to be chosen as the official photographer for the 2014 Coranderrk Festival. 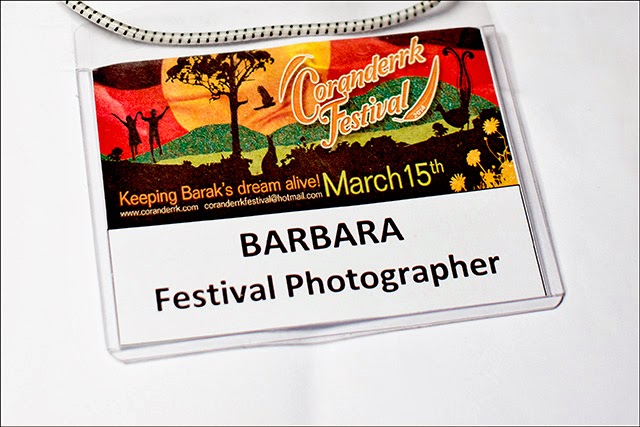 In 2013 the inaugural Coranderrk Festival commemorated the 150th anniversary of the founding of the Aboriginal station in Healesville. It celebrated the history of the reserve and its links to the community.

The 2014 Coranderrk Festival once again paid tribute to the dignity and resilience of the original inhabitants who survived despite the forced closure of their Coranderrk home in 1924. Visitors to the festival, indigenous and non-indigenous, were invited to join descendants of the Coranderrk community in a family day of music, dance, stories and art.

Here is a selection of my favourite portraits:


Posted by Barbara Oehring Photography at 10:57 AM 4 comments:

Fun at the Fair

The 2014 Knox Festival took place on the first weekend in March in Ferntree Gully. On Saturday I spent a couple of hours at the Wally Tew Reserve. I would like to share some of my images of the fair.

Kirigami from recycled books at the Ferntree Gully Library.